We juxtapose a divergent selection of materials and concepts to create refined, commanding products and interiors that deliver beauty, purpose, value and the occasional "aha" moment to our clientele. 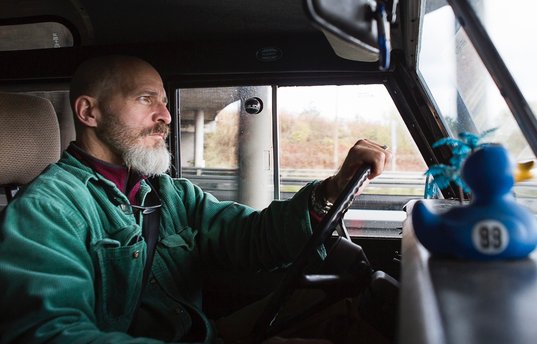 “To invent, you need a good imagination and a pile of junk.”

Founder and design director Paul Jason Roberg earned his Bachelor of Industrial Design degree from Pratt Institute in New York City, where he majored in Product and Exhibition Design.

Paul has over two decades of experience as an industrial designer and holds several patents in the photographic industry.

He sharpened his project management skills while employed as a construction manager in New York City and later as project manager for interior renovations and historic building restorations in Copenhagen.

Since producing his first line of furniture in the mid '80s, Paul has developed and refined his design style which has been described as, "industrially suave" and "brutally elegant."

Above and beyond his passion for designing new products and bespoke interiors, Paul enjoys collecting mid century modern furniture and restoring old Land Rovers. Paul lives in northern Denmark with his favorite wife and two dogs.

Hours: By appointment only.

Returns: Since all pieces are one-of-a-kind and/or vintage, with some expected wear, we cannot accept returns on any item. We do our best to accurately represent each item, and are happy to provide you with as much information as possible before purchasing a piece. Please remember, all sales are final, so purchase wisely!